People associate themselves with coffee, here’s (probably) why

I have not watched Inglorious Basterds (the whole movie) ever. I have, however, watched a handful of snippets of scenes through YouTube. I probably have a weird version of it stitched together in my imagination. My most favorite scenes are when Fassbender’s character gets killed in a bloody shootout and; Hans Landa creeping the F out of Shoshana Dreyfus in the famous Strudel Scene. Yes, I totally dissed Fassbender because I think he’s overrated. 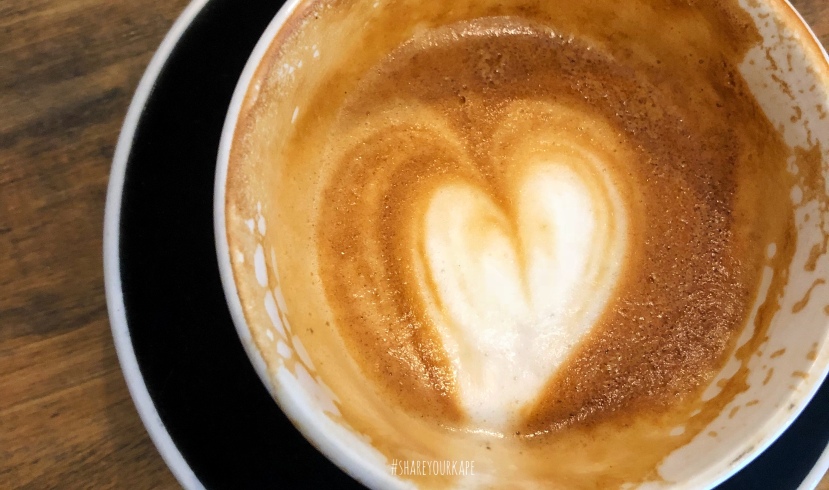 I love the latter for a lot of reasons but I remembered it today because I had an idea for an article here on #shareyourkape that involves a ton more research. Apart from being mesmerized by how great an actor Christoph Waltz is, my concentration on the scene was broken by the dude putting sugar in his shot of espresso.

This will forever be in your brain Credit: Giphy (courtesy of Universal Pictures)

“Dude added two teaspoons (rather elegantly I might say) of white sugar!” That was my reaction. I completely stopped watching for a few seconds because I got distracted by this act. To be fair, the French are known for roasting their coffee beans dark and bitter, hence the polarizing French Roast.

What’s my point here? My focus in watching such a masterful performance by the wonderful Christoph Waltz as Hans Landa was broken by something I never would do to coffee. I associate myself with unsweetened coffee so much that it was all I can see at that time! 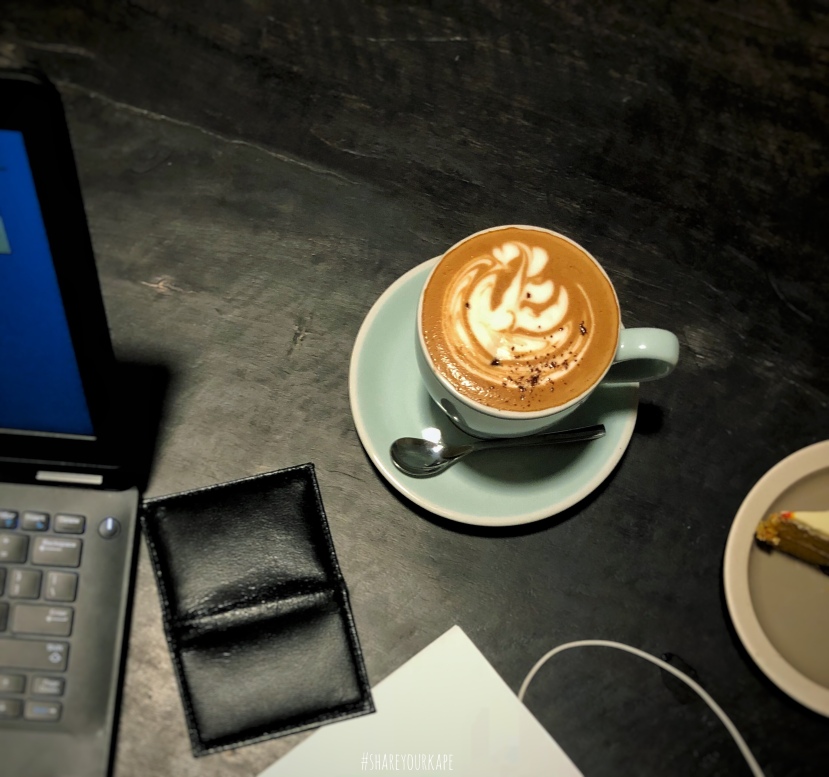 Anyone suddenly feel an association to this picture? “That’s how I work!” or “I need that at work!”

I am not a coffee expert and I do not wish to be perceived as such. I also do not want to come off as such. That’s why my features of coffee shops (my category: houses of kape #shareyourkape) do not really dive into the taste of the coffee but more of the experience within them, with coffee. But my God do I associate myself with the stuff that I decided to dedicate an Instagram account and a blog about it. I want to drink it. I want to learn how to brew it properly. I want to bathe in it… wait.

As I was doing some light reading on my way to work for material in that article I said I was planning, I came across this article from the Independent by Caitlyn McHugh about Quentin Tarantino’s use of coffee in his films. From the aforementioned Inglorious Basterds to the film that put him on the mainstream map, Pulp Fiction, the article’s thesis is that Tarantino uses coffee (or any other drink and food, but I like to talk about coffee) for his characters to “become more relatable with a mug in their hand” and that “the characters who are committing these acts of violence are people who look and act just like us”. Christoph Waltz (the maestro) played Hans Landa so well as a scary villain that it seemed funny to me that I wanted to slap his hand for adding that second teaspoon, or even the first to be honest.

Consequently, drinking coffee normalizes characters and immediately makes them more relatable on some level despite how different from the audience they may be. – Caitlyn McHugh, The Independent. 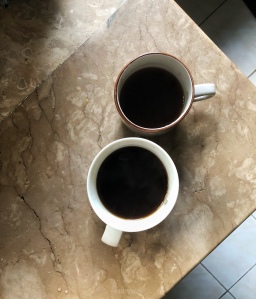 And why is that? Why do we associate ourselves with coffee so much?  For most of us, the day cannot actually start unless we have coffee. No matter how you take it, it’s your kape. If you can share it with a loved one, a dear friend, a colleague at work you want to have a decent discussion with before lunging for your throats during meetings. It’s the “calm before the storm” and thus so meaningful for us. Even if you don’t drink the stuff, admit it, there’s still this idea in your head that coffee is best for the morning or for meetings because the media and those around you talk about/show it too much; you can say it’s become primal. That’s why you see non-coffee drinkers in a Starbucks drinking something non-caffeinated because their friend/s want to talk with them there.

We also associate coffee as being a “socialization igniter” (#socializationigniter #dibs). It’s a running joke, but don’t we connect “tara kape” tayo with someone engaging you socially to get your money invite you for a business opportunity? Don’t most of us immediately think of getting coffee to catch up with friends? Aren’t Baristas known to be some of the most amiable workers in society ever?  Don’t you gauge the level of your friendship by how well you know each other’s usual coffee preference? Wasn’t this part of my boss’ tactic to break the ice between us during the early days of our work relationship? 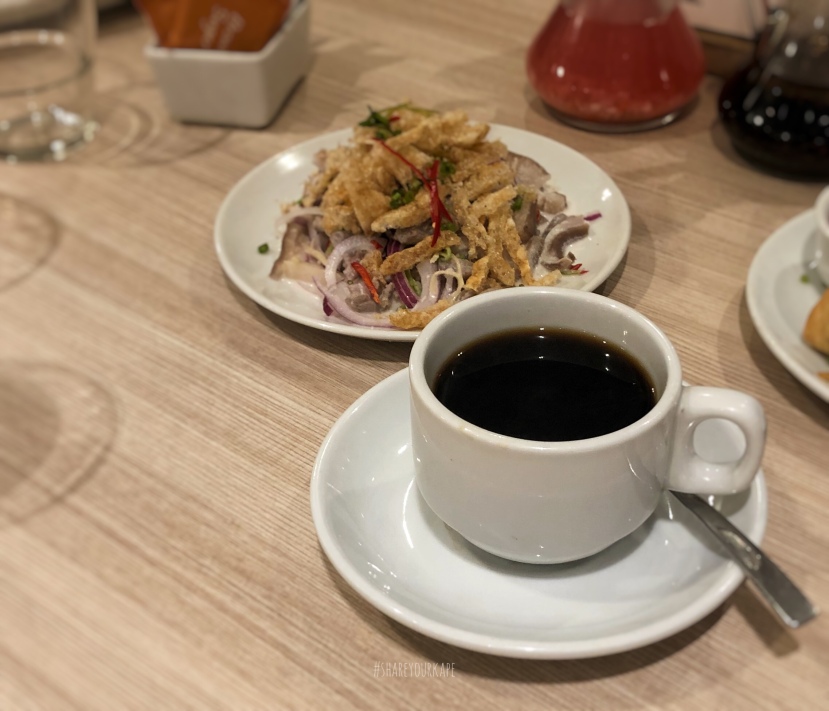 Restaurants, no matter the type of cuisine, almost always sell coffee. They know it will be ordered.

For a drink that is the primary source of caffeine, we think of coffee as the ultimate drink for a chill time. No matter how you take it: black; smothered in cream; overly sweet just like how Colonel Hans Landa likes it (did you know he was played by the breathtaking Christoph Waltz?), you want to be associated with coffee. It reminds us of friendship, love, and that we are all human. Even a maniacal manipulator like Christoph Waltz’ Hans Landa.

Disclaimer: This article is not an advertisement for the movie, Inglorious Basterds, nor am I associated with Quentin Tarantino or his studios. I’m just in awe of how good Christoph Waltz was as Hans Landa.